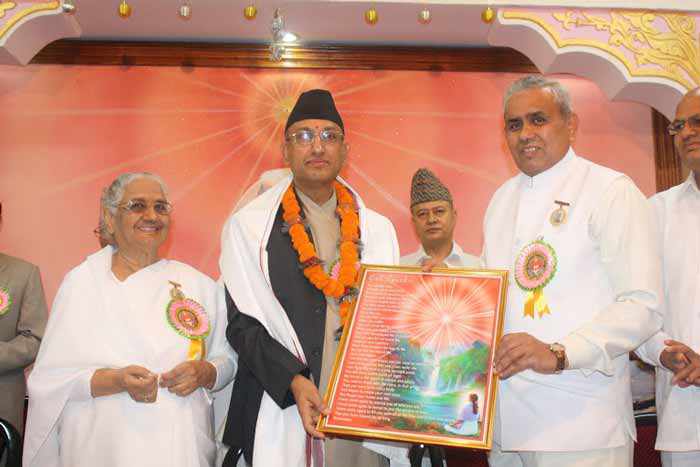 B.K. Prakash on the Stage .

Special Activities: Exercise and Form Fill up of 7BILLION ACTS OF GOODNESS 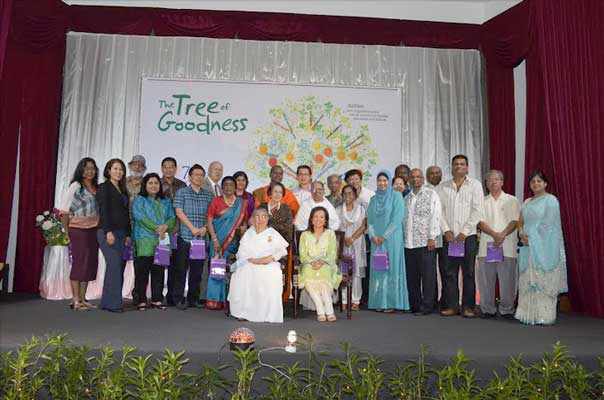 The 7 Billion Acts of Goodness global campaign was officially launched at the Royal Lake Club in Kuala Lumpur, Malaysia, on Sunday, 3 August 2014. On that auspicious evening, some 400 people had come together to witness the launch and many were inspired to pin their pledges on the Tree of Goodness. It was a truly beautiful sight and the atmosphere was charged with positive vibrations.

Datin Paduka Marina Mahathir, an advocate of women’s rights, HIV/AIDS activist and TV producer, officiated the launch together with Didi Chakradhari, the Brahma Kumaris Director-General of Russia and other USSR Republics.

In her speech, Datin Paduka Marina praised the Brahma Kumaris for the timely campaign when human beings seem to have lost their own humanity and the whole world is experiencing extreme turmoil and suffering brought on by unnecessary conflicts, civil war, unrest and religious persecution. Didi Chakradhari said that positive change will only come through selfless service with no expectation of name or fame. She urged all to grow good seeds (thoughts) of divine virtues and inspire others by doing good.

To assist the audience to make their pledges, Sister Meera guided the audience with her commentary. She mentioned that every act performed is like a seed. She requested all to focus their thoughts to emerge their inner qualities of peace, love and mercy for empowerment to pledge to do goodness to the self and others for all to live in peace and harmony.

22 heads/representatives of organisations, associations, NGOs and Interfaith groups also joined the guest-of-honours on stage to pledge their Acts of Goodness on a huge picturesque Tree of Goodness.

There was also an exhibition corner where posters were put up for people to understand better what the 7 Billion Acts of Goodness campaign is about.

The programme was very well received and a great success. Several organisations and NGOs indicated their interest to organize similar events at their respective places so that more people can be motivated to perform their acts of kindness. 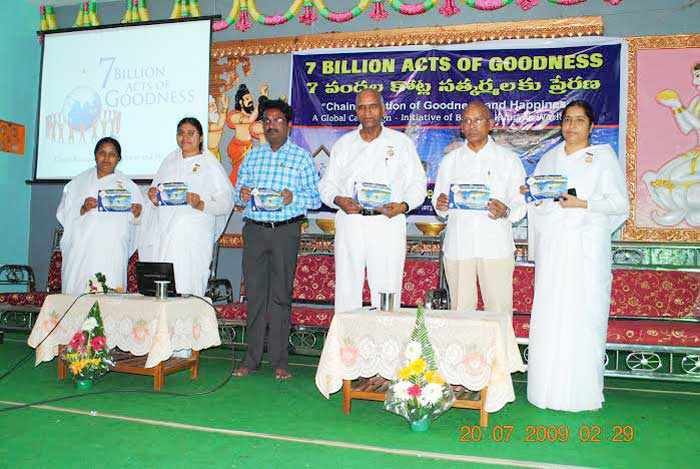 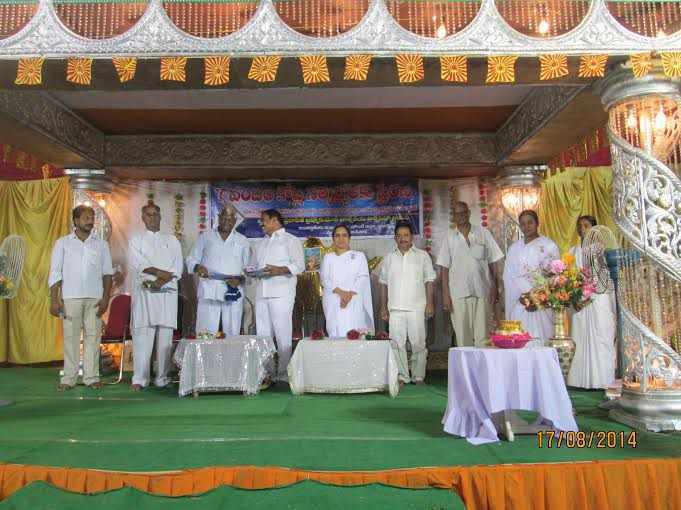 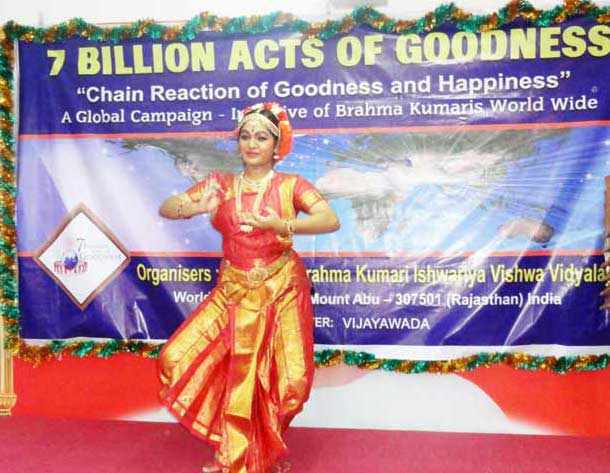 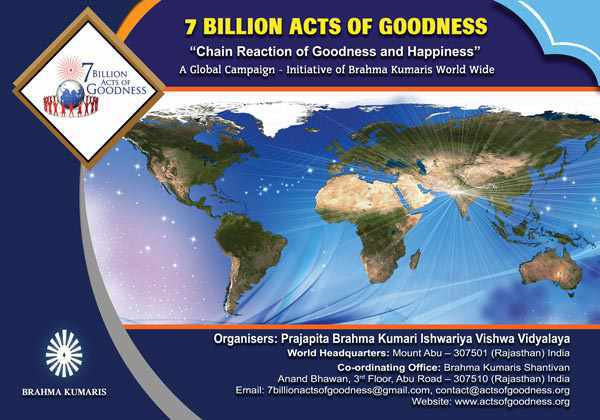