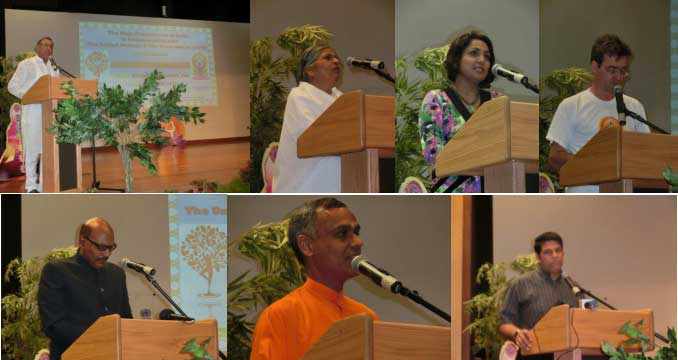 Yoga is an invaluable gift of India’s ancient tradition. It embodies unity of mind and body, thought and action, restraint and fulfillment, harmony between human and nature, a holistic approach to health and well-being. It is not only about exercise but also to discover the sense of oneness with the self, the world and the nature. It carries the spiritual aspect of controlling one’s mind and self-development with direct control of the inner energy. Today, Yoga has evolved as an alternative system of medicine through the control of the different elements of human nature, physical and psychical.

In the modern age with the change in the life style, more and more people are learning and doing it regularly as it is not costly and has no side effects.

The 193 member United Nations General Assembly (UNGA), on December 11, 2014, approved by unanimity a resolution establishing June 21st as ‘International Day of Yoga’. The declaration came following a call for the adoption of 21st June as ‘International Day of Yoga’ (IDY) by the Indian Prime Minister, Hon’ble Narendra Modi ji during his address to UN General Assembly on September 27th, 2014.

In suggesting June 21st, which is the summer Solstice, as the ‘International Day of Yoga’, Hon’ble Narendra Modi ji had said that the date is the longest day of the year in the Northern Hemisphere and has special significance in many parts of the world. From the perspective of Yoga, the summer solstice marks the transition to Dakshinayana which is considered a time when there is natural support for those pursuing spiritual practices.

This initiative found support from many global leaders. More than 175 countries including USA, Canada and Trinidad & Tobago co-sponsoring the resolution. It had the highest number of co-sponsors ever for any UNGA Resolution of such nature.

The High Commission of India, Port of Spain, Trinidad in collaboration with the United Nations Offices and the Government of Trinidad and Tobago had organized a week long yoga awareness program commencing on 15th June to commemorate the 1st ‘International Day of Yoga’. The large numbers of Yoga Organizations were participated in this event including BRAHMA KUMARIS RAJAYOGA CENTRE for the press release.

Also Sister Jasmine from Chaguanas represented Brahma Kumaris at Diwali Nagar program of IDY during these days from 15th to 21st June, 2015. The main event was on 21st June 2015 (Sunday) at the Daaga Auditorium, University of West Indies (UWI) at 9.00 am. This event was attended by hundreds of yoga enthusiasts and celebrated individuals. Brahma Kumaris (BK) also participated for speech and presentation of meditation yoga.

The program started with lighting the Deepaks. The representatives from UN, Indian High Commission (IHC), and the prominent personalities including Government Ministers were present to grace the occasion and share their views with the participants.
The Yoga masters talked about the benefits of YOGA and demonstrated a number of easy poses. Booths were also put up by several yoga centres to demonstrate health benefits of yoga.

Brahma Kumaris also had got the opportunity to demonstrate the practical meditation on the stage. Sister Hemlata gave the guided meditation commentary and few BK brothers and sisters practically demonstrated how to meditate. The atmosphere became the full of peace and silence which everyone in the audience also could experience very well by meditating together with all BKs present on the stage.