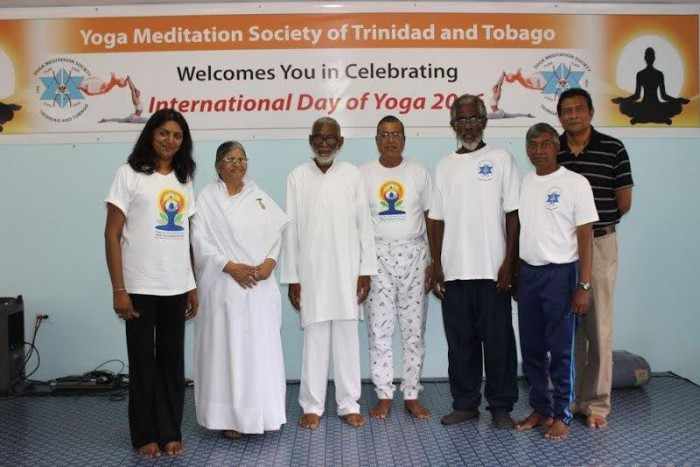 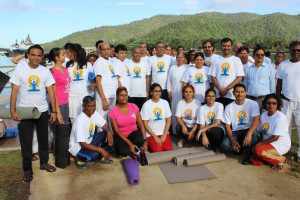 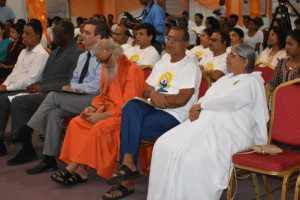 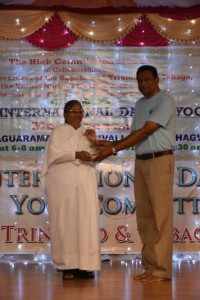 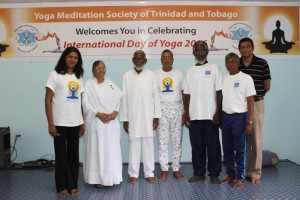 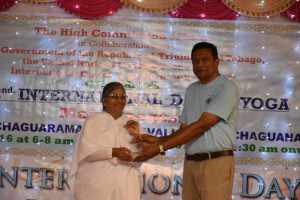 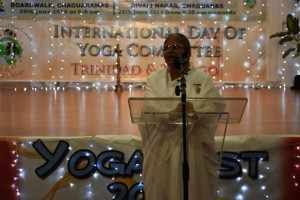 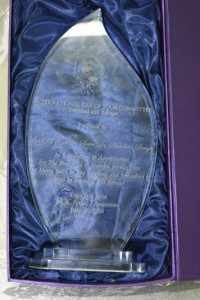 On the second anniversary of International Day of Yoga as declared by the United Nations, Brahma Kumari Sr Dr Hemlata was presented with an award by Mr Deoraj Teemul chairman of the Yoga Week Celebrations on Sunday June 26th at the NCIC auditorium in Chaguanas. Dr Hemlata is the Spiritual Head of the Brahma Kumaris Raja Yoga Centre located on Pointe a Pierre Road, San Fernando and has been teaching the art of meditation for the past 49 years.

In 2014, doctor Hemlata also received a National Gold Award from His Excellency the president Anthony T.A. Carmona for her contribution to the development of women. Born in Hyderabad, India and migrated to Trinidad in 1979 as a yoga teacher, sister Hemlata has empowered families and touched the lives of thousands of persons through her practical experiences gained through her yoga practices.