The 15th Edition of LCOY (Local Conference of Youth) was inaugurated on 2nd November at Shantivan, Abu Road. LCOY-India is an annual event officially recognised by the United Nations Framework Convention on Climate change & its official youth-constituency called YOUNGO.

Mr. Prabhjot Sodhi praised the efforts of Brahma Kumaris and its presence worldwide. He urged the participants to shed the ‘weight’ of mind and explore a good life which is guided by principles. He said, “Our good actions give us the motivation and means to change things in ways needed for better life.” Mr. Akash Vashistha gave statistics on how environment is moving towards disaster and asked the youths to take initiative and personal responsibility to reduce impact on earth and move towards a sustainable future. The crisis of a growing global population, desertification, the contamination of water, and damage to the atmosphere itself demands a radical change in our society at every level.

Rajyogi BK Mruthyunjaya said that the mental pollution is the seed of all pollution and negativity. “A polluted mind conceives polluted thoughts, which are then translated into polluted and contaminated words and actions. Negative influences of vices of anger, greed, sex lust, attachment and ego have led to an unprecedented rise in a global pollution.   Youth should not just hope that government or other officials will magically transform our world but should focus on daily thoughts, actions and decisions that can have a positive impact on the environment.” He asked the participants to pledge to plant at least one sapling in a year.

Rajyogini Sheilu Behn said, ‘we all need to awaken greater environmental awareness. There is a deep connection between our consciousness, thoughts and actions, and their impact on the world. The values of love, compassion, sharing and caring are needed to restore the beauty of this world. The youth should focus on creating positive thoughts which can help to keep up their initiative and mobilization.’

Rajyogini Dadi Ratan Mohini Ji gave her blessings to all the participants and asked each to cooperate and collaborate with each other through positive actions and happy faces. 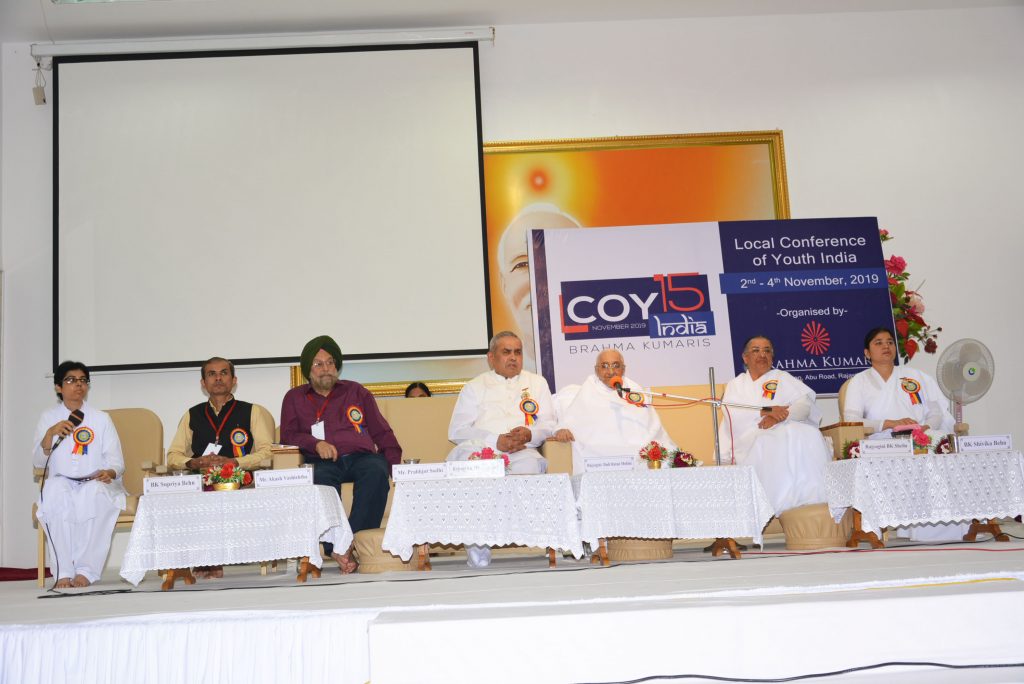